Mike and Sarah from nearby Coventry, spending a week's vacation in their pop-up camper just before Labor Day, are camped several sites away from us. They also have their dogs, a seven year old Bichon Frise named Daisy and a younger Schnoodle named Chewy, which they tow behind their bicycles in a baby trailer as they pedal around the campground. They also are avid fishermen, using their canoe to fish in the cove not far from the boat ramp in the early morning and again as the pastel evening shadows fall across the tranquil lake. 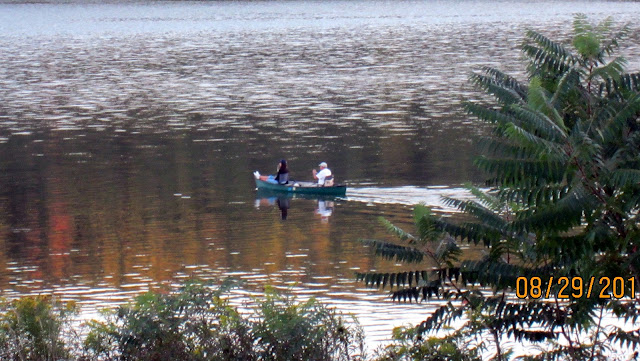 The power boats that run up and down the lake during the day are all put away and the cove is absolutely quiet as we watch Mike and Sarah from shore early in the evening. The surface of the cove is impervious to the restless shifting of the still settling lake, having already flattened like a mirror as Mike paddles their green canoe back toward the floating dock. Sarah rides with her legs propped up on the bow, enjoying the serenity of the late, salmon-colored summer evening. A slight chill begins to fall as the sun disappears behind the low hills to the west. The almost full moon has already slipped unobtrusively into position above the horizon on the other side of the lake with the promise of a beautiful full moon to follow tomorrow. It just doesn't get any better than this. 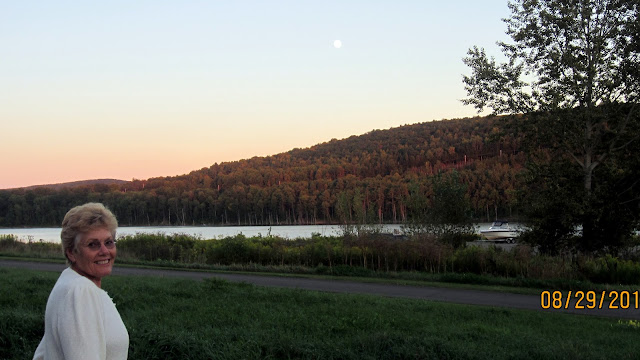 NEXT: How are we doing so far? An Analysis at:
http://sleepstwo.blogspot.com/2012/09/summary.html