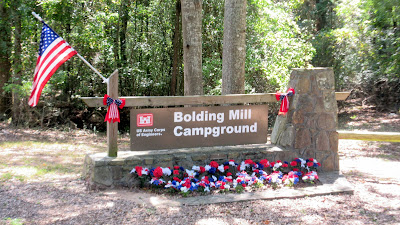 Bolding Mill Campground was plugged into our summer camping itinerary as a filler, a one week slot that allowed us to wrap up our camping summer on October 2nd in Old Federal Campground on the south side of Lake Lanier. One of six campgrounds run by the U.S. Army Corps of Engineers on Lake Lanier – seven if you count Toto Creek which has no RV sites – Bolding Mill campground is just nine miles from Gainesville on the north side of the lake. I found it while searching the Internet and thought it looked like a great place to spend the week between Vogel and our final stop of the season at Old Federal. It turned out to be one of the prettiest, best kept campgrounds we’ve ever lowered our stabilizers. 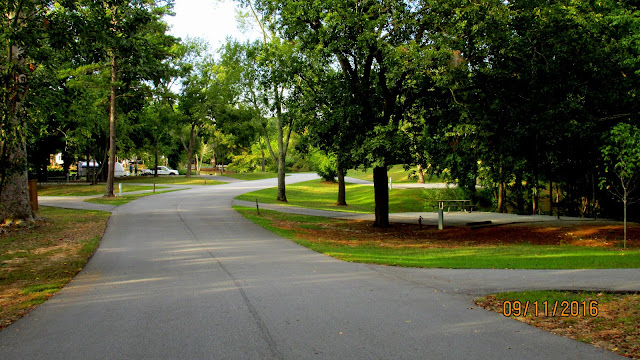 An easy, down hill tow – if downhill from Blood Mountain is easy – the campground is in the foothills of the Georgia mountains, just south of the pretty town of Dahlonega, and just outside the expanding urban limits of Greater Atlanta known as Gainesville. This time the GPS was correct with its odd cross-country shortcuts and we were at the campground two hours before check-in time.

We stopped at the modern, spacious gate house, and found it was unattended. A sign on the window states if you have reservations, simply proceed to your site. Corps of Engineer parks have later check out and check in times than most state parks, but if your reserved site has already been vacated, they usually let you check in and set up without any problem. Our problem this time was our site was still occupied by a large, fifth wheel camper with piles of chairs and paraphernalia strewn around, but no sign of life. We were early, it was an hour before the mandatory check out time of 3:00 pm, so we towed the trailer into nearby Gainesville to get a late lunch and just kill time by site-seeing. 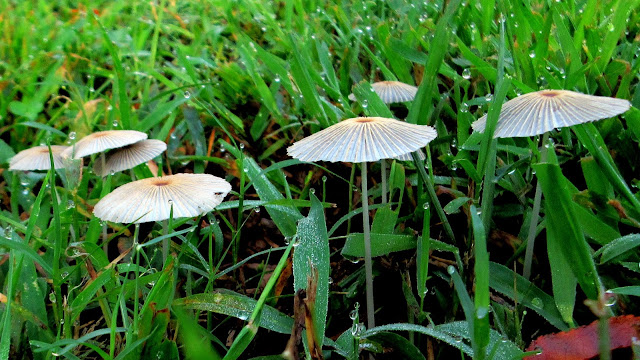 Gainesville is on the edge of two worlds: The mountains are less than an hour to the north, and downtown Atlanta is less than an hour to the south. Well, except Monday through Friday when the commute appears to be close to two hours, even with four lane I-285 running into I-85 south to Hotlanta. Yes, they call lovingly call it Hotlanta, which this week is not a misnomer. With a major college and medical center, plus the nearness of Lake Lanier which attracts summer fun seekers from all over Georgia, Gainesville is an interesting small city. 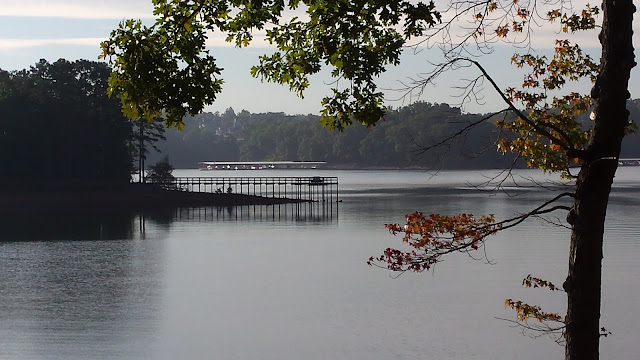 Nothing had changed when we returned over an hour later. Perhaps aliens had abducted the campers as there was no sign of life other than piles of artifacts left behind. I walked to the Campground host and asked if there was a problem I needed to know about. The hosts quickly sent a volunteer to the site to see if the current occupants had overslept or whatever, and by four o’clock, we were parked in the site at the very end of the middle loop. The gracious hosts explained that the entire campground is run by volunteers, there are no contractors involved. 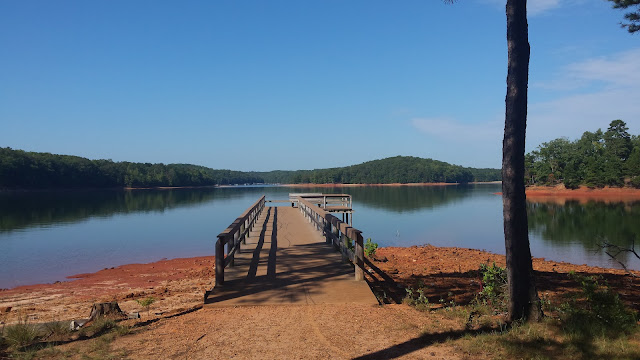 The volunteers do a beautiful job as the wide, spacious campground is immaculate. So are the bath houses and public facilities. Plus, it is one of the few campgrounds this far north open 365 days a year, but we were told by the hosts that there will be a two-month shutdown some time in the near future to rebuild the septic system. If you’re planning on heading to Bolding Mill Campground, please check the on-line schedule at www.recreation.gov first. 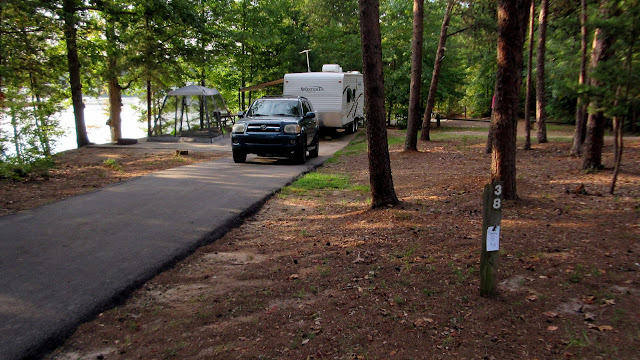 We are great fans of the U.S. Army Corps of Engineer campgrounds. Spotlessly clean and usually staffed with friendly, helpful hosts or volunteers, we haven’t had a bad one yet. True, we like some better than others, and we once had a grumpy greeter – only one out of many is amazing in itself – but they usually put most state campgrounds to shame, and they do it with competitive prices. Do not expect to find visitor centers or gift stores, USACOE campgrounds are designed and kept up for the people who use them. There are always more local license plates at a Corps of Engineer park than cross-country wanderers. You don’t have to be an Army veteran to use the facilities; they are open to everybody and the people who live close to the facilities make the most of them! If you have one of the Golden Age/Access passport or America the Beautiful Senior/Access passes, camping fees are half price. 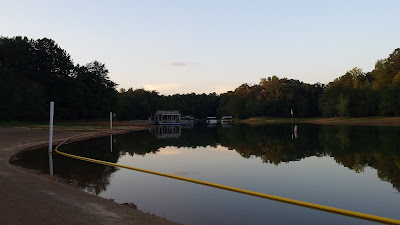 Alcoholic beverages, by the way, are strictly prohibited. At least in public, so really happy campers wandering around on Saturday night are not an issue. What you do inside you camper is your business, although several years ago in a Corps Campground in Philpott Lake, Virginia, we were greeted by a warning sign that told us they reserved the right to inspect containers.

Bolding Mill campground has 87 well spaced RV sites and 10 tent-only sites spread across three major loops or peninsulas, plus a fishing pier that one time actually overlooked the water. As with the three TVA lakes further north, the Corps of Engineer’s Lake Sydney Lanier, is in dire need of water, and lots of it. The safety line at the swimming beach lies on the sand at the bottom of the retaining post that has 9 feet marked at the top. That is going to take a lot of rain to fill a 39,000 acre lake with 692 miles of shoreline.

The campground is spacious and well laid out, with a washer and dryer in one of the bath houses. The facilities were kept spotless the entire week we were there. 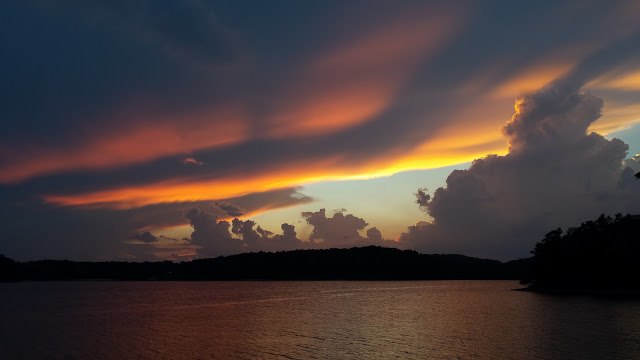 We look forward to our week which has a finale on Friday night with a Harvest Moon. Our camp site faces the lake to the east, and weather permitting, it should be quite a sight.

Next: PLAN AHEAd - Our last day at Bolding Mill
at http://sleepstwo.blogspot.com/2016/09/plan-ahead.html