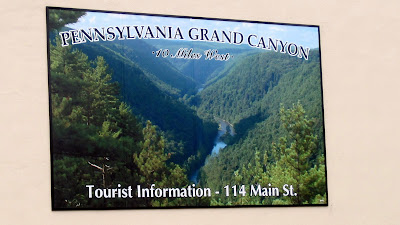 Yep, they call it the Grand Canyon. The Pennsylvania Grand Canyon, that is. It actually is named the Pine Creek Gorge, but I doubt the thousands of tourists who visit here each year would make the trip to see something with such a mundane name.

So, the Grand Canyon it is, and it is worth the trip to see. It is one of the prettiest gorges we've seen in the entire Appalachian chain, but it is a lush, forest green, not the arid, dusty brown of its western namesake. It isn't a mile deep, either. More like a thousand feet or so from the rim to the creek bed below, but it is really beautiful. 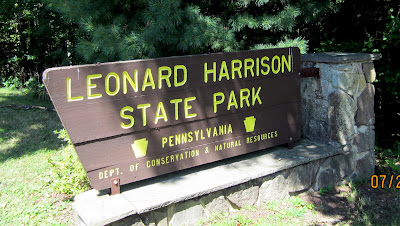 Located just west of the famous gas-light town of Wellsboro, the Pine Creek Gorge is a perfect example of man reclaiming nature from what he had wasted only one hundred years ago. The Pine Creek Gorge area was an ecological disaster after logging and mass deforestation of the late 19th Century. The project to reclaim and rebuild not just this forest, but all of the Pennsylvania forests, has been a massive, on going one-hundred year long effort, and the beauty of Pine Creek Gorge attests to the success of the many programs. One of the more famous reclamation projects was transforming the Jersey Shore, Pine Creek and Buffalo Railroad bed that follows the Pine Creek bed into a twenty-six mile long biking and hiking trail. 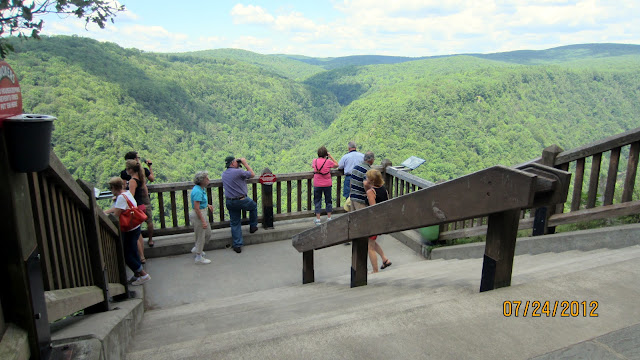 The road west from Wellsboro, PA route 660, is a well-paved, two lane country road, with a few humorous signs. The first sign as you leave town proclaims, “Grand Canyon – 6 miles.” After six miles or so, the next sign states, “Grand Canyon – 8 miles.” Hmm.   After another four miles or so, yet another sign say, “Grand Canyon – 6 miles.”  Don't count the miles, just follow the paved route 660 until it soon ends in the parking lot of the Leonard Harrison State Park.  The Leonard Harrison State Park is on the eastern rim of the gorge, and offers perhaps the best scenic overlooks of the entire Grand Canyon. 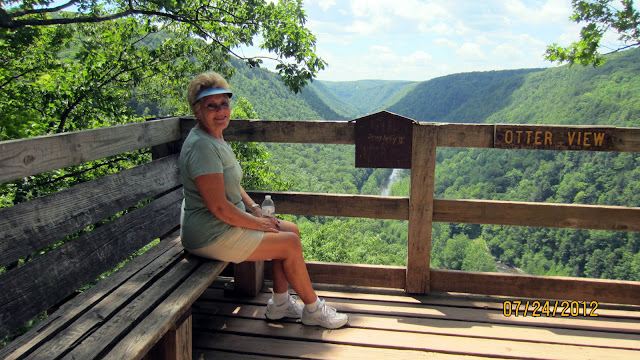 My wife and I walk the Otter View foot path from the main vista to the southernmost overlook of the State Park, and meet a middle-age couple from the Netherlands resting on the benches at the quiet, isolated vantage point. They have a teenage daughter and her boyfriend with them, and the entire family is simply taking in the quiet beauty of the gorge.

We begin a conversation and are fascinated to hear their travels have included landing in Chicago, renting a car and driving through Michigan, stopping in Detroit before driving on through Canada to Toronto and Niagara Falls, then down through the New York finger lakes to Pennsylvania. They also plan to later visit Houston and drive to New Orleans. 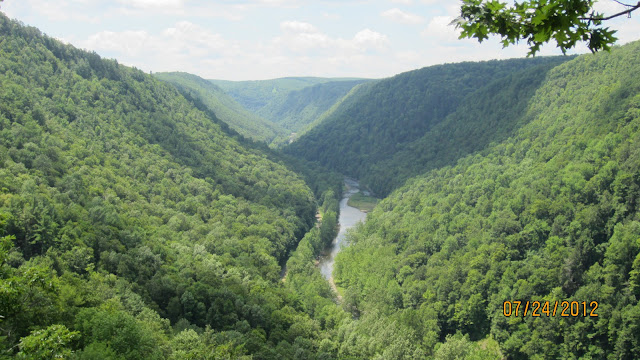 And of course, they had to see the Pennsylvania Grand Canyon.

NEXT:  Another storm at:
http://sleepstwo.blogspot.com/2012/07/another-storm.html