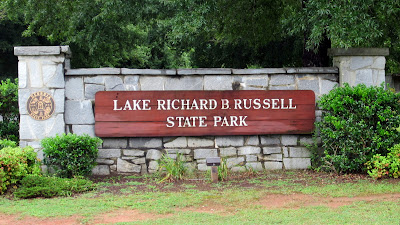 As we sit here in our absolutely empty campground on the banks of Richard B. Russell Lake, we wonder if we are the only people on earth. Well, not really, but it is amazing we have had four days of this beautiful locale all to ourselves. It quit raining two days ago and things are almost back to normal. Scratch the campfire though, the firewood probably won't dry out until next May. We did get to see some of the Blue Moon last night, the first time the overcast has broken since we've been here. 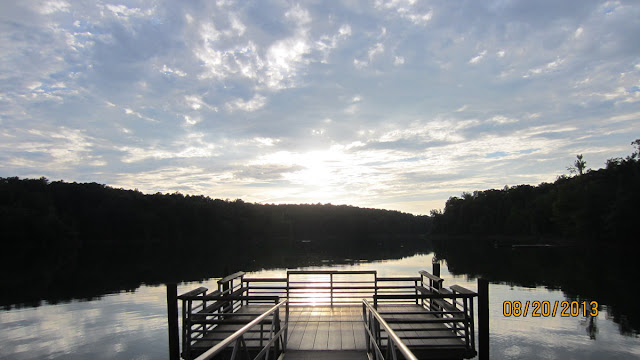 The only other guests have been Jade and Tom, who we met up in Asheville, but they only stayed one night as they were headed home to Sarasota and stopped only as a layover on their way home. It was still raining then so I don't blame them. There is one new tent over on one of the very first campsites, but he stays to himself and could be dead for all we know. He hasn't been seen since he set up his tent three days ago.

We just had a fawn -- she still had her spots -- wander between us and the nearby lake a few minutes ago. Taz was busy watching squirrels on the other side of the campground and didn't see the young intruder as she non-nonchalantly wandered through our campsite, stopping occasionally to nibble on some new found growth. The fawn never looked up, she had no idea we were here, and Taz never looked over, he had no idea she was there. Really unique! They were only yards apart, yet neither knew the other was there. These are priceless moments.

However, there is a dark side to camping. A price to pay, so to speak. No matter what precautions you take, something seems to always slip in and bite you on the ankle. And on the shin. And on the thigh. And on the soft, tender flesh that can extend all the way to your armpit: chiggers! Ilse found them, or vice-versa, while standing in a recently mowed trail that led through a grass field while making a cell phone call. Oddly, I didn't suffer the massive attack and I walked only a few feet away from where Ilse walked! To say the scores of the little buggers has put a crimp in our life style would be an understatement. Ilse is on the verge of intense discomfort, which is to say, pain. Which translates to: DON'T TOUCH ME! Unless, of course, you want to help me scratch!

I don't take it personally, I have had chigger bites in some very personal locations that caused me to consider castration as a remedy. They are nasty little buggers! These are the things Coleman and Camping World conveniently leave out of their media ads about the joy of sleeping outdoors. Time heals all wounds. Hopefully.

We did have another surprise as we tried to make reservations down at Hard Labor Creek State Park over the weekend just before Labor Day. All sites had already been reserved. Same for Watsadler, and even the park we were in, the Richard B. Russell State Park, which has been almost completely empty since we arrived almost a week ago! The locals pile into every available campsite for an end-of-summer ritual, and if you don't reserve early, you are like us: SOL! Which means, of course, Should of Learned! [Ed note:  Yes, I know! It should be SHL, but that doesn't make it funny...] 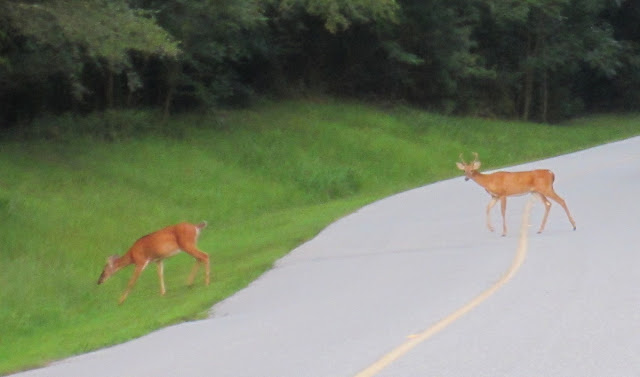 No problem, our daughter has invited us to their place three days early, so all is well in the world. We will get to spend extra time with our granddaughter, which is always a plus, and we won't have to suffer Genghis Khan and his juvenile hordes as they see how much toilet paper they can stuff in the men's room toilets.

It's what you do with what you've got that counts.

NEXT: Another Pleasant Surprise, at Hard Labor Creek State park, at:
http://sleepstwo.blogspot.com/2013/08/hard-labor-creek-state-park.html