Routines can be unexpected. Seriously, you may not even know you are in a routine until it is interrupted by something out of the ordinary that suddenly defines the routine you didn't know you were in. Since this is a blog, I should put a smiley face here, but I will suppress any wild desires to succumb to the current idioms.

An unrecognized routine may expose itself at the strangest of times, such as the power going out when you turn on the air conditioner in your travel trailer. Ooops! What did I blow this time? Check all the circuit breakers in the trailer power supply. Turn them all off and also turn off the suspected offender, the AC unit, then flip all the circuit breakers back on again. Still no power, even without turning on the air conditioner? Head outside to the campsite power box behind the trailer and double check all the circuit breakers. Flip them all off and back on again, still absolute quiet from the camper. In fact, the whole campground is silent. Aaah, now, there's a clue! Our routine dictates we start with what we expect the problem to be and work from there.

The camper up the hill from us is yelling instructions to his wife who is inside the trailer while he is also outside fiddling with the power box, just like I did. Obviously, this is bigger than both of us. One of the camp-hosts soon toodles past us in his state-park green golf cart, headed uphill toward the camp office. I yell at him and he responds, “I'll find out what happened, back in awhile...” and he continues putt-putting up the hill.

Our camp-host comes back by fifteen minutes later and apologizes for the outage, which he believes will be fixed in an hour or so. It seems the camper up in Site 2 pulled his trailer out of the campsite without unplugging his electrical cord from the service box at the side of the campground. He ripped the electrical service box completely out. Unfortunately for us, and him, he forgot to double check his trailer before he pulled out of his campsite. Leaving became routine for him, but he didn't have a routine. See what I mean?

That's why we religiously have an “Over and Under” check before we pull out of a campsite. The “over” part makes sure we have the TV antennae retracted before we pull out from under the trees and the “under” part makes sure there are no cables, water hoses, or trailer jacks still in the down and locked position before I pull out and rip them off. If I can't see unobstructed under the camper, we simply don't leave! Then we always stop and look back to make sure we haven't left the dog behind, or maybe a chair or something. We have our routine. 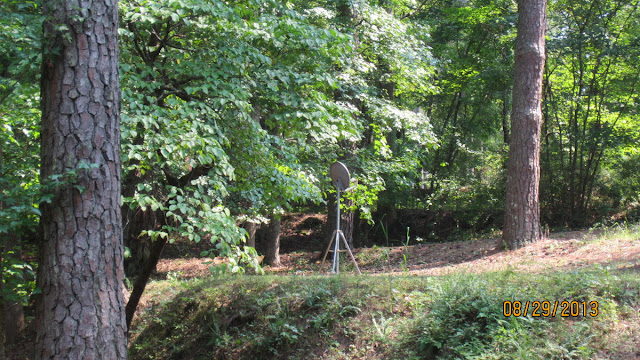 As I check the sites around us I realize there is a Direct TV satellite television receiver mounted on a sizable tripod sitting a hundred yards from us in the middle of the campground. There is no trailer or RV close by, the receiver seems to be sitting by itself in the middle of the Georgia woods. The closest camper is the fellow up the hill who was yelling at his wife about the power outage. Actually, he is camped a good fifty feet away from the antenna but it turns out to be his. It is attached by a coax cable that must be 300 feet long. Slowly it dawns on me this is the first weekend of college football!

More importantly, we are not far from Athens, home of the Georgia Bulldogs who are looking to maul Clemson day after tomorrow in the season opener. The football game will be at Clemson so no loyal Georgia fan would want to miss that! Therefore the satellite antenna. And that is why we need electrical power at our campsites! Seriously! Routine is is what routine does. Thank you, Forrest! 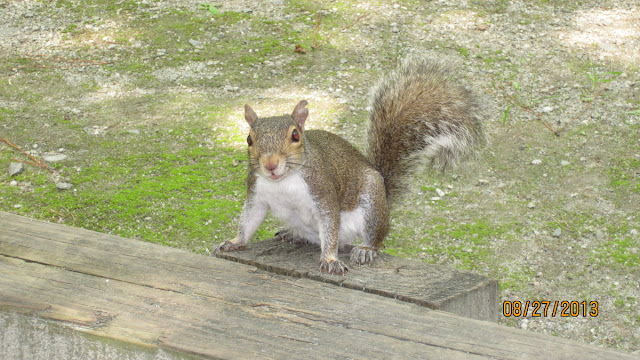 NEXT: Upper Limits - at:
http://sleepstwo.blogspot.com/2014/08/a-star-wars-post-that-means-it-is-out.html