Asheville: A new definition of diversity

The popular Biltmore Estate, the former Vanderbilt summer home in Asheville, North Carolina, is just a few minutes from our campsite at the Lake Powhatan campground. We used the nearby Blue Ridge Parkway as a short cut since it is adjacent to the campground and allowed us to avoid the traffic-filled byways of this summer residence for many Floridians. The number of Florida license plates here is second only to the native North Carolina plates.

The Blue Ridge parkway offers a serene, somewhat slower connection to the U.S. 25 Hendersonville Road area than the other alternatives. Asheville itself is no longer the sleepy little mountain hideaway of years gone by. In fact, it is the intersection of two major Interstate highways, I-26 and I-40, and the bypass that rings Asheville, I-240. The Interstate traffic is incessant through this pretty little corner on the edge of the Smoky Mountains. 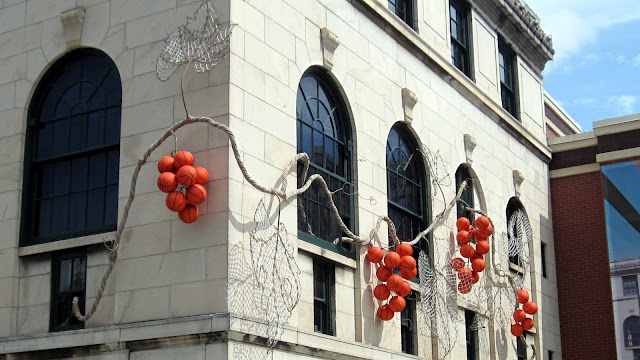 After being presented at the entrance to the beautiful estate with the option of seeing how the old rich ostentatiously lived in the past for a mere $59 apiece, or using the $118 bucks for a great dinner and wandering through the city with fewest number of fat people in America, the choice was easy. Asheville is the last major hippie refuge on the east coast, and is worth a walk back through the '60's. For $118 bucks, I'll read about the Vanderbilts.

I'm just guessing about the statistics of the number of obese people here, but one thing is certain: more people here are fit and health conscious than any place we've been in several years. The area appeals to the outdoor-types who crowd the hiking and bicycle trails that seem to be everywhere. Perhaps they are the ones who live on the outskirts or in the many surrounding urban areas. Downtown Asheville may be a somewhat different story. 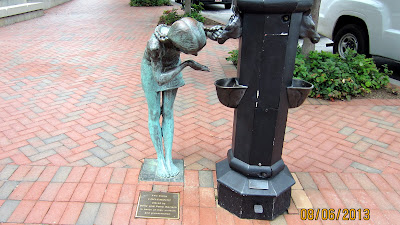 I haven’t seen tie-dyed shirts or tops seriously worn as clothing for many years, but the first trip into downtown Asheville was a trip through Alice's looking glass, and many old fashions and styles appeared to be quite common. We even saw haircuts that were popular when Hee Haw was a prime time TV show. Asheville is where the hippies and the hillbillies meet in a diverse, uniquely tolerant atmosphere that confounds many out-of-towners. It is definitely unique.

The old hippies, and their young imposters, are tolerated perhaps as an odd quirk, or perhaps as an eye-wink to a place where mountain-grown herbs take on a different meaning. Maybe there are just too many of them. They seem to have come from all over the east coast. Whatever the reason, diversity flourishes in Asheville more than most towns further east. So does good music and good dining. A diverse, eclectic population inhabits downtown Asheville. 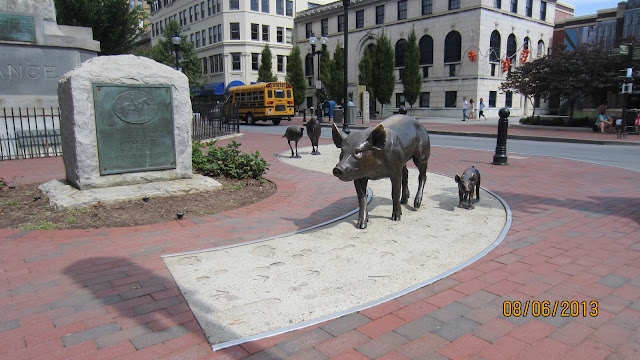 NEXT: Singin' in the Rain, at:
http://sleepstwo.blogspot.com/2013/08/whether-or-not-weather.html