The tall, garish, red lettered sign high above Battlefield Parkway that reads “Battlefield Burgers” restaurant, stands in stark contrast to the marble Georgia Memorial which rises remorsefully in an empty field just a few miles south. One identifies a bustling commercial zone along a six-lane highway, expanding with new construction and stores as quickly as commerce will allow, the other a somber, pastoral meadow crisscrossed with old, split rail fences, rimmed with cannons, that will remain forever unchanged. 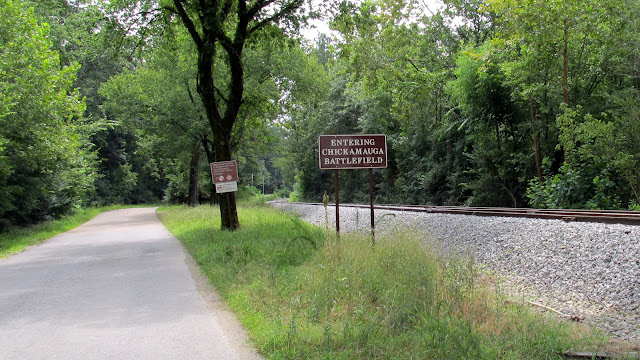 The Chickamauga battlefield where over 4000 men lost their lives is a somber reminder of our bloody Civil War. It is less than an hours drive from Cloudland Canyon State Park even with the roundabout route we took along the Lookout Mountain Scenic Parkway, which really isn't much of a parkway. It is, however, scenic, even if at only one location. The parkway offers one great vista of the valley west of Lookout Mountain. There are no signs or guardrails at the pull-off. No indication anywhere of the magnificent view below. We just happened to see the break in the trees and pulled off the road to take a look. 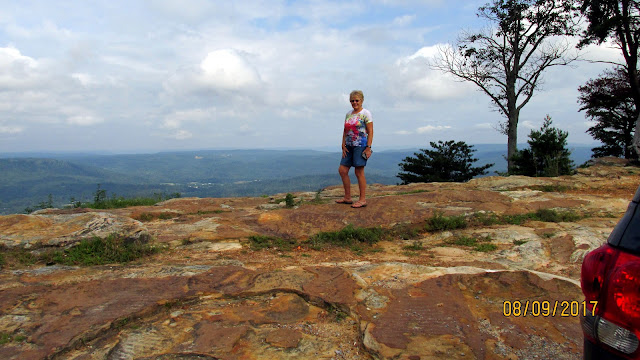 After following our GPS instructions through the quaint, and obviously well-off college town of Lookout Mountain, we descended down the other side of the mountain and into the Battleground Memorial Park by way of local Lytle Road, not the main entrance most people see when visiting the park. It was rather like coming in the back door. After driving through the battlefield and photographing cannons and monuments, we headed for the visitor center for more information. The huge, well maintained battleground is part of the Chickamauga and Chattanooga National Military Park, administered by the National Park Service, and lies near the foot of Lookout Mountain. 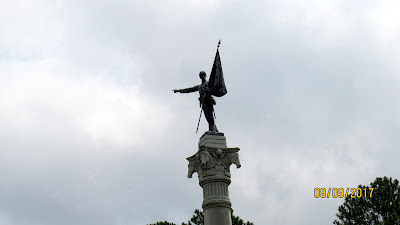 The visitor center has battle displays and dioramas, photographs, a gift shop, and a theater where they show a well done video about the famous battles of Chickamauga and Chattanooga. The center also houses the famous Fuller Gun Collection, a marvelous, well showcased collection of shoulder arms.

The city just outside the park, Fort Oglethorpe, offers all the amenities and restaurants of any modern suburban American town. The new, clustered retail areas all look the same to me. I can’t tell Asheville from Oglethorpe from Ocala. They all have the same stores with their familiar logos sticking high in the air and the accompanying traffic trying to figure out which entrance to use. We are so accustomed to individual corporate images we can tell an establishment by looking at the building. We don’t even need to look at the signs to know which store is which. 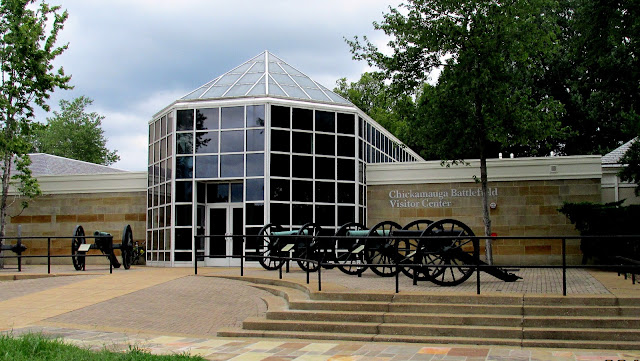 We stocked up at Walmart, Home Depot, Aldi, and Advance Auto Parts, in that order, before heading back to campground to have a late lunch and clean up before the next round of rain storms.

There is so much more to see within a short drive from Cloudland Canyon State Park, from historical places to mountain vistas and isolated waterfalls. We have an extended stay here, and I think we are going to be busy.

Next: When it all goes right - Shangri-la, at:
http://sleepstwo.blogspot.com/2017/08/shangri-la.html