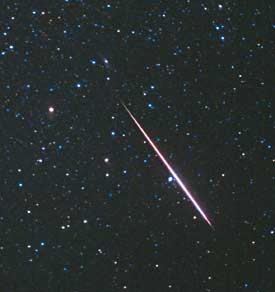 My wife and I had just watched a PBS special about George Carlin winning the prestigious Mark Twain Award for American humor on the only channel our crank-up antenna would pick up at the Woodring Branch campground in the foothills of the Georgia mountains. We were staying at the immaculate U.S. Army Corp of Engineers Woodring facility for the first time. As far as the television was concerned, we would have picked PBS if we had been given the choice of a single station to receive.

Televised from the Lincoln Center, the event featured many of today's leading humorists and satirical pundits relating personal anecdotes and stories about Carlin, interlaced with archival tapes and video clips of Carlin's groundbreaking performances. As the show progressed, it followed Carlin's development from comedian to social critic, increasingly attacking politics and religion. The highlight of the show was his now-famous discourse on the ten commandments, where he showed that to survive as a civilized race, we only need two of those commandments, and one of those is a maybe. If you haven't heard it, you may find it on you-tube or one of the other social networking sites.

Our daughter called the next morning to say hello and see if we were enjoying our camping outing. As the conversation continued, she suddenly said, “Dad, before I forget! Tonight is the highlight of the Perseids meteor shower! I hope you get to see it!” I remember the two of us laying flat on our backs in our backyard in southwest Miami so many years ago, when she was only ten or eleven years old. Late at night, with no noise but the evening insects, and no offending lights to muddle the darkness, we had talked endlessly about the mysteries of life and watched for hours as the different colored bolides would occasionally streak across the starry sky. I thought if there was no cloud cover tonight, I would drive up to the top of the hill by the bath house and set up a lawn chair to watch the sometimes spectacular display.

When evening finally fell, I picked up a flashlight and drove to the top of the little hill. With blazing 24 hour security lights surrounding the toilet/bath house/laundry building, it wasn't suitable for stargazing, but the boat ramp further down the hill was in complete darkness.

As I parked on the side of the boat ramp, I realized that, except for the bordering trees, this was perfect location. With the flashlight, I could see the concrete path that led to a floating dock, a good 70 feet from shore. Perfect! I cautiously made my way in the dark down the long, metal ramp out to the center of the quietly creaking dock and carefully sat down. I didn't want to accidentally drop the flashlight, or even worse, fall off my newly found observation post to the universe in the middle of the night.

I laid back, stretched out as comfortably as I could on the uneven anti-skid metal surface. I immediately forgot about the uncomfortable surface of the dock as the first things I identified were two satellites, almost on the same orbit, but traveling in opposite directions. Airplanes at different altitudes and different speeds, and faintly visible in the background was the Milky Way. A few moments later, another satellite appeared, and soon another, traveling in a completely different direction. We have filled the heavens with our own inventions and creations, intruding on the majesty of the silent, awesome vastness of space. Out of the corner of my left eye, I caught the beginning of the brilliant orange brush of color that extended to the center of my universe before it vanished as quickly as it arrived, as if to remind me of why I had come out on the quiet, slowly swaying vantage point.

Looking up at the serene, wondrous majesty that I had all but forgotten, I couldn't help but think of the comments George Carlin had made about man's attempts to control others through religion and superstition. Which altar was I at? Or whose?

As a young man, I had often laid flat on my back in the darkness of outdoors and raised my arms to the sky, pretending to have the power to seemingly reach out and touch the stars and galaxies that seemed to be just beyond the reach of my outstretched arms. I think George Carlin may have outstretched his arms to the universe. He certainly saw more than I.

As I lay flat on my back on the modern, neutered version of a bed of nails, I could only think that it has been far too long since I have looked at the stars in wonder.

Next: Learning curve - Still at Woodring at
http://sleepstwo.blogspot.com/2010/09/epiphany_02.html

Email ThisBlogThis!Share to TwitterShare to FacebookShare to Pinterest
Labels: Experiences