Mickey Dolenz, a member of the band The Monkees, commented during an interview years ago that having four actors actually evolve into four real musicians as they had, was as if Starsky and Hutch had become real policemen. As we drove into Helen, Georgia, this past week, I couldn't help but think the syndrome had perhaps once again repeated itself. Helen has actually become something it once only pretended to be. 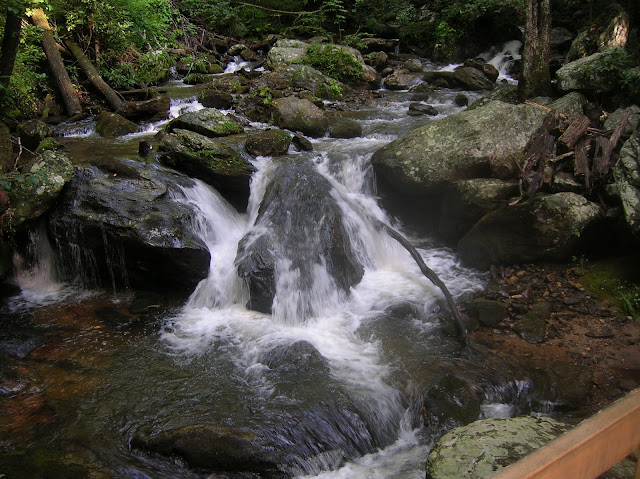 Local merchants began a unique marketing campaign over 40 years ago to bring tourism to this small, rural northeastern Georgia town. Our first visits to Helen back then ended in disappointment as plywood facades and hand-written signs failed to evoke a flavor that was as foreign in the rural Georgia mountains as collard greens and fried okra would be in Munich. But persistence has paid off, and Helen has become Alpine Helen, a taste of Bavaria in the northern Georgia mountains. It is a now a bustling tourist destination that rivals any in Georgia.

The architecture of many buildings that are either new or remodeled, actually reflects Bavaria, and the city's project to beautify the entire downtown area with flowers and landscaping has transformed the city not just into an easy, week-end escape from Atlanta, but an actual destination for visitors from all over.

Entrepreneurs have turned the quietly flowing Chattahoochee River that runs through the center of town into a constant flow of happy, chattering tubers of all ages and sizes. They are turning Helen into a tubing destination that probably rivals climbing Dunn's River Falls in Jamaica for a “must do” for family vacationers. The tubes are pink, yellow, red and blue, and denote which company has launched that particular bus-load of adventurers into an hour-long, bumpy, often gently rock-scraping, ride downstream. The stream runs adjacent to several restaurants where water-side diners wave and encourage those who seem to have more fun splashing than tubing.

Although Bratwurst and Knockwurst seem to be everywhere, don't expect to find Rolladen or Saurbraten, or even potato dumplings on every menu. Many of the breads and rolls seem suspiciously familiar, not tasting much like bauernbrot or brötchen. But, it is a far cry from collard greens and fried okra, and is an atmosphere not found elsewhere in Georgia.

Several of the shops feature food, books, CD's, magazines and other items imported from Germany for a real flavor of Bavaria. The bustling atmosphere of the town is in stark contrast to many of the nearby towns that have struggled to adapt to changing times, or have failed to take advantage of their beautiful natural resources.

One of the many souvenir shops sold the cutesy, German buttons that I normally wouldn't be caught dead wearing, actually had one button I couldn't resist buying. I won't wear it often, but if you meet an RV’er with the button that says, ”Pray for me, my wife is German,” stop and say hello. There is a good chance you know who it is.


Next: Unicoi State Park, in Helen's back yard, at:
http://sleepstwo.blogspot.com/2010/09/to-unicoi-or-not-young-couple-who.html